The Mysteries of Bucharest with Street Artist J.Ace / An expected incognito visit at CAPITOL 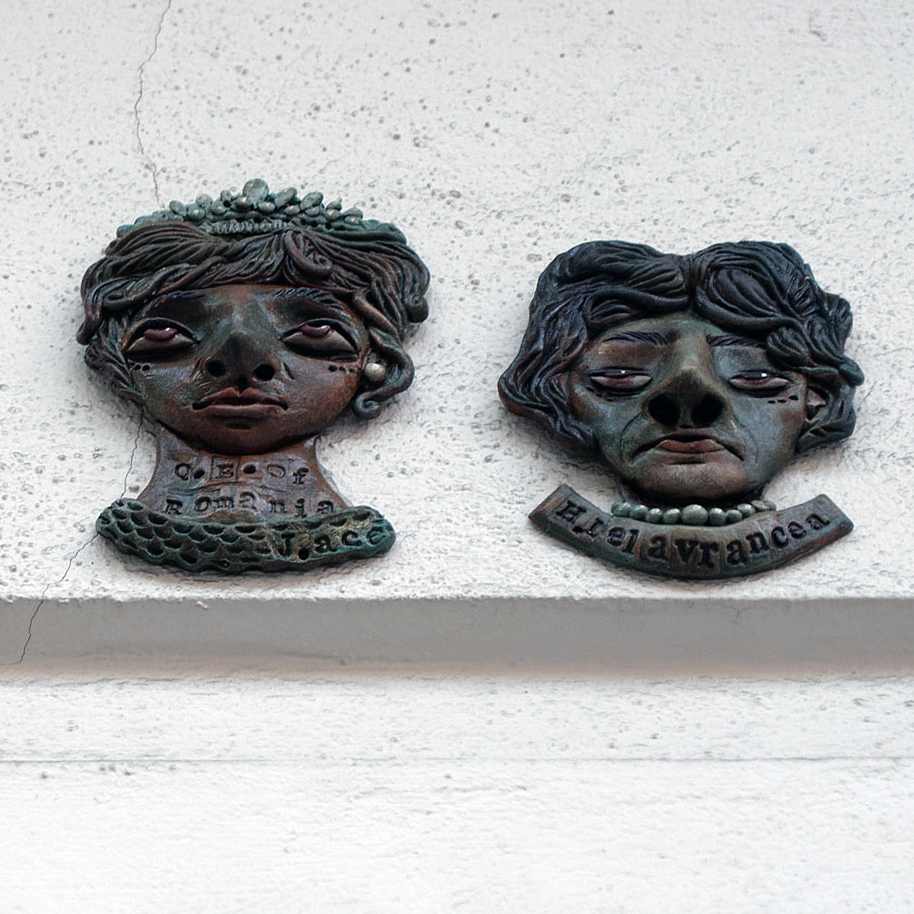 The Mysteries of Bucharest with Street Artist J.Ace / An Expected Incognito Visit at CAPITOL

If you pay close attention to the details when you stroll down the streets of the central Bucharest, you can see in certain places, on the concrete walls, some very interesting and even intriguing little figurines that have a secret story behind. The mystery is even greater, because J.Ace, the guy who creates them, is a UK street artist who likes to make incognito visits all over the world.

Until now, J.Ace has left tracks in Bangkok, Copenhagen, Geneva, Tehran, Shanghai, Paris, Mumbai, Mexico City, Kiev, Washington, Tokyo and London, of course, to name just a few of the cities he visited so far. These little figurines draw attention to issues facing contemporary society, such as violence against women, or, in other cases, humorously complements the urban landscape, whether it is a graffiti that fills a space or simply an empty wall that appears interesting for the artist.

J.Ace is recognized among street artists with these figurines as little as a palm, with features or colours specific to very diverse destinations on all continents. This is because J.Ace likes to travel and discover the spirit of the place, which he then moulds in clay, carving them with some special wooden tools, all of which result in the famous figurines he then burns in the oven. Sometimes they are simple, colourless and seem to sleep, sometimes their vivid colours, the shape and the gloss draw attention, and the figurines seem to speak to those who look at them. Sympathetic faces, grotesque faces, bears and rabbits, sikh with turbans, sleeping or smiling faces, Frida Kahlo and women wearing Muslim veils, women with bandaged noses, elephants, puppies, piglets and Harry Potter, Nosferatu and vampires, Indian gods and Dracula, Queen of England and Yayoi Kusama, Vlad Țepeș and David Bowie. They are all very plastic or even challenging, they make you think and have a message to send, even if sometimes the message is just that: smile.

Perhaps you have already grasped it by the themes approached, J.Ace has also been in Romania, about 3-4 times in recent years. He visited Bran, Peleș and also Bucharest, of course. The proof of his stay in the capital are the figurines he left generously on Ştirbei Vodă Street, Cărtureşti Verona and the Eden Garden.

And as Cinema Teatrul de vară Capitol is a must-see when you come to Bucharest, he has been here several times, but J.Ace’s figurines dedicated to the Capitol have disappeared. We do not know if that’s good or bad.

Fact is that we are now making a fourth attempt, hopefully, more successful this time. J.Ace comes to us on a secret visit – how else? – sometime this week. This time we will collaborate with a series of micro-interventions related to the story and history of the Capitol and the surrounding area. J.Ace will represent the figures of remarkable characters such as Constantin Mille, who gives the name of the street where the Capitol Summer Garden is located, Nicolae Nenciulescu, the architect of the Summer Capitol Theatre, Henriette Delavrancea, the architect of the Capitol cinema. Among the figurines modelled by J.Ace now is also the god Pan, who is a central figure in the decor of the Capitol Summer Theatre, as well as Queen Elizabeth of Romania, whose name is borne by the boulevard on which the Capitol cinema is built.

cultural program “cultural hub Cinema / Summer Theatre CAPITOL” is co-funded by AFCN. The program does not necessarily represent the position of the National Cultural Fund Administration. AFCN is not responsible for the content of the program or the way the program results can be used. These are entirely the responsibility of the beneficiary of the funding.