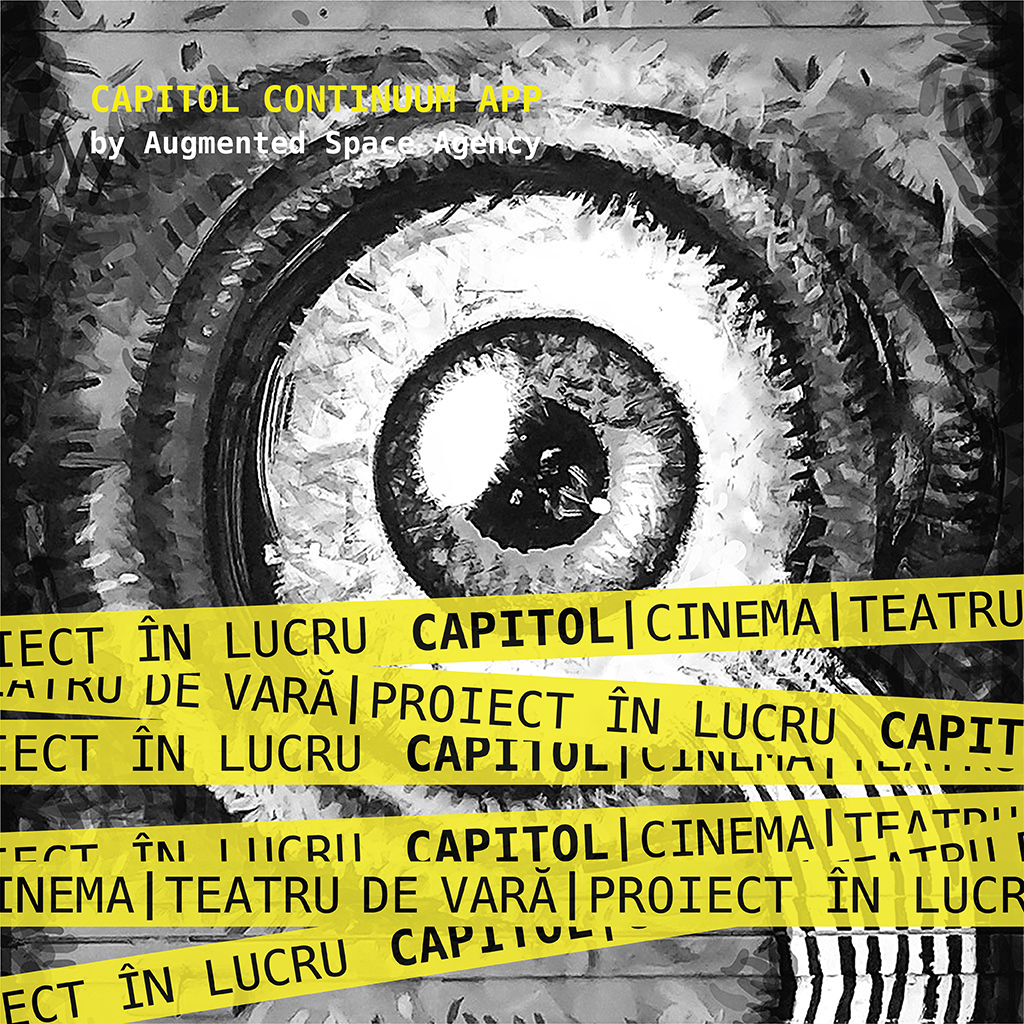 The city surprises us every day with its hidden treasures. Have you noticed how many buildings lie in ruins and seem to be whispering silent stories, some sad, some alive or mysterious? What if they could tell us how many stories they have witnessed over time, how many people crossed their threshold? … Time passes by and it seems that their fate is sealed to be lost in history, killed by indifference and ignorance.

And that’s exactly what we are trying to prevent from happening, so a while ago we launched an open call for projects with the theme “Collective memory exercises: how do we interact with the patrimony?” We then started looking for an urban signal, a work to investigate the processes of collective memory. Following unanimous votes from both the jury and the online audience, the winner was declared an exciting interactive video installation developed by Ciprian and Dan Făcăeru of the Augmented Space Agency: Capitol Continuum. The creative process involved the digitization of the Capitol Summer Theatre using 3D scanning techniques, investigating alternative digital archiving methods to better promote abandoned patrimony. At the same time, we aimed to facilitate new artistic expressions and interactions in the virtual environment.

Here’s how Capitol Continuum works: Once you’ve downloaded the app (iOS – iTunes or Android – google play), head the phone camera to any element of the street art installation designed at the entrance to the Capitol Summer Theatre by the Bucharest artist Pisica Pătrată, aka Alexandru Ciubotariu, aka Ciubi. The Augmented Reality installation interacts with these famous drawings, which are among the most famous and most photographed street artworks in Bucharest. We are confident that if you ever strolled on Constantin Mille Street, you passed them by at least once and they must have caught your attention.

The installation was included in the alternative space circuit at the White Night of Galleries 2017 and the garden could then be visited in digital space. With the help of the mobile phone, several groups of visitors interacted with the installation made by Pisica Pătrată and entered the old summer theater with the help of augmented reality.

What is AR (augmented reality)?

Perhaps the most important quality of augmented reality is that it brings components of the digital world into the perception of the real world. And it does not do this as a simple data display, but it integrates the sensations perceived by users as natural parts of the environment.

And who are the Augmented Space Agency, the creators of this app?

Explorers of the digital frontiers, Augmented Space Agency team overcome the barriers between physical and digital spaces with Augmented Reality. Focused on mobile platforms, they create new types of experiences and products with a wide range of applicability.

Capitol Continuum is available for free on Google Play and iTunes, and since September last year, when it was officially launched, it recorded dozens of downloads.

We look forward to your views after a less-than-ordinary visit to the Capitol!