Save or Cancel x feeder.ro x Lente participation at the White Night of the Galleries 2017 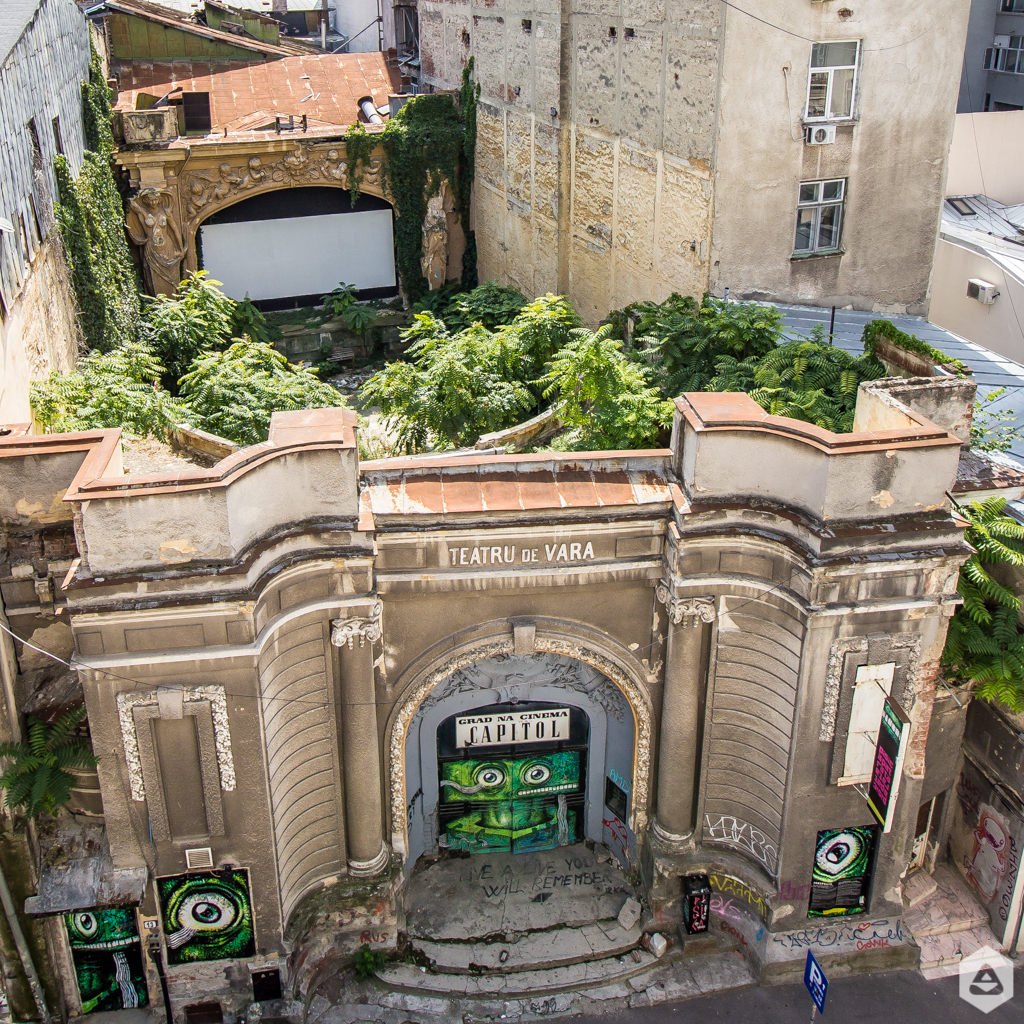 Save or Cancel x feeder.ro x Lente participation at the White Night of the Galleries 2017
October 2017

Save or Cancel, through feeder.ro, CAPITOL Cinema / Summer Theatre, and Lente participate at NAG – White Night of Galleries 2017. If the walk brings you to Constantin Mille 13, visit the Summer Theatre CAPITOL to see the most recent installation for public space by Pisica Pătrată and to experience AR artistic installation created by Augmented Space Agency, Capitol Continuum.
At Lente, on Dionisie Lupu 78, you can see works from KITRA, Pisica Pătrată, Aitch, Saddo, Pren, Irlo, Cuărică, Ada Muşat, Praf de Cretă, Livia & Reg, created in the Pictăm Pereți [Painting Walls] series and the new urban signal consisting of a wall painted and screen-printed by Sorina Vazelina with Primitiv Print and a Pisica Pătrată totem. The future CNDB – National Dance Center of Bucharest, Omnia Hall, is invaded by the characters drawn by Skinny Bunny.

Alexandru Ciubotariu aka Pisica Pătrată is one of the most appreciated illustrators and muralists in Romania, and also the founder of the Comic Books Museum. Always set to work, he draws square cats and does not keep back from challenges. His street artworks signal forgotten places and inspire dialogue, such as Cinema Marconi or Capitol Summer Theatre interventions.

Pisica Pătrată helps the Capitol Summer Theatre to participate in the city’s life. Invited by Save or Cancel, he illustrated the “spirit of the place” in 2009 and 2016, the green cat interacting with passersby on Constantine Mille.

The new Pisica Pătrată artistic intervention on the facade of the theatre re-uses the existing display system for commercials and the two windows, which replaced the original statues. “Exit through Sărindar“, anticipating the moment when the urban animals will be amused in the garden of the summer theatre.

The artistic installation which is the winner of the new open calls for CAPITOL, section 1, Capitol Continuum, is a site-specific augmented reality digital artistic intervention on the façade of the CAPITOL Summer Theatre, created by Augmented Space Agency. The project highlights the trans-mediatic existence, in the physical and virtual space, of the architectural monument. The creative process involved digitizing the Capitol Summer Theatre using 3D scanning techniques. (download app from google play).

Lente is not your usual coffee shop. So we decided to invite street artists to give shape, color and personalities to the rooms that are our home. We thank Kitră, Pisica Pătrată, Aitch, Saddo & Pren, Irlo, Cutărică, Ada Mușat, Sorina Vazelina, Praf de cretă, Livia & Reg for accepting our invitation.

The illustrations made by Sorina Vazelina and Primitiv Print‘s screen-printing extend the Lente universe, joining the mysterious object by Pisica Patrată, carefully produced by Câtpece. The distinct interventions of the artists generate, through dialogue with the passersby and with the built environment, a new scenario for public space.

“I don’t know why, but I doodle since forever, on books, desks, for friends, for classes, for clients, because I can’t find another hiding place.” – feeder insider w/ Sorina Vazelina

Mary Stroe scenographer, illustrator, and designer aka Skinny Bunny, winner of OPEN CALL Un-hidden Bucharest, proposed the decoration of the facade with drawings and banners containing dance moves and pictures inspired by the past of the Omnia Hall, as well as paintings on the building’s windows.
Inspired by the enigmatic past of the building and the future on the move, Skinny Bunny periodically visited the space for a month in which she photographed the entire process of building the installation and the interesting things that appear in this universe. 👩🏻🎨
Although it’s not part of the NAG official route, when you’re in the area, we really recommend you take a detour.