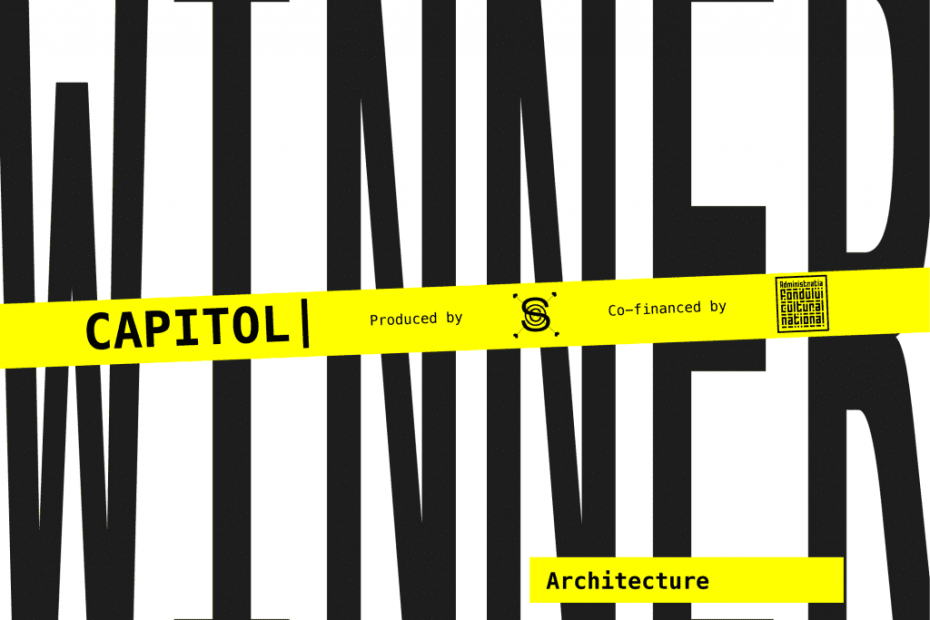 Save or Cancel would like to thank the participants and audience, especially the 238 of you who helped the selection process.

The winning project, entitled The Catwalk Theatre, manages to emphasize the compositional value of the Capitol Summer Theater monument with only one minimal intervention, articulating the areas of interest that make up the space: the entrance, the garden, the stage and the balcony. From the jury’s comments, we note Dan Dinoiu’s recommendation to explore the functions of the podium, if it would be modular. Dorothee Hasnas appreciates the ability of the project to make the building speak and live, treating it with respect. Maria Duda notices the poetic approach that keeps the traces which nature has left in time and the positive impact of the ramp. Although The Catwalk Theatre was not her first choice, Raluca Trifa notes the fundamental theme of the project, evoking the former function and translating the concept of performance into architecture.

Andrei Racovițan – architect at Save or Cancel
1. The Catwalk Theatre // 2. OLD WATER // 3. Reflection

DESCRIPTION: You enter the auditorium. You are watching a movie. You are a viewer. You are a performer. The movie is watching you.

And if you closely there are a lot of other viewers in this theatre: the passers-by on the street, the coffee-drinkers at the bar, the visitors who are sitting on the balcony and are watching everything except the movie.

So, the interventions proposed by the project give place to these watchers and new performers. There is a CATWALK unfolding through the old building. Starting from the street, it enters the theatre through a side door, it becomes the bar at the café, goes out into the inner yard, crosses the auditorium, passes the scene, climbs up to the balcony like a ramp, and finally turns into a semi-transparent retractable roof which can cover the entire building. From the street, it appears only as a straight line above the façade.

The catwalk and the structure of the roof, as well as all the outdoor furniture, are made of metal and of wire mesh painted white, having as little impact on existing structure as possible. On the ground floor, there are an art gallery and a café, both having entrances from the street and from the inner yard as well. There are also a toilet and a storage area. On the intermediary floor, there is the projection room, a small recording studio and a technical room. The balcony is in its original form with the grandstand, except some new furniture and the roof.

In the inner yard, one stair was kept on its place, the other one was eliminated because of the ramp. Thus, the direct connection between the two spaces (ground floor and balcony) remains. In the auditorium zone, the modular system of the catwalk enables multiple layouts.

is presented to the team formed by Ioana Penescu and Andrei Theodor Ioniță, who proposed a conceptual project, a sculptural organization of the space, in which the water becomes a connection between the past and present, as Raluca Trifa remarks.

DESCRIPTION: Here lies the old bath-house. Or at least that’s what we think it is. There is nothing that gives away its presence. It sits quietly, a small oasis in the middle of the desert city. As we pass by, what we think are, the changing rooms and some sort of small art gallery, we suddenly found ourselves overwhelmed by the lush vegetation that filled up the courtyard. In the middle lies what we presume was the main bath although seeing it empty one could say it’s an oddly shaped bench. The stepping stones in the middle surely had some sort of hidden function, were they only used for the menial task of sitting or did they bare the weight of heavy objects? There, inside the bowl, the whole courtyard opened before us. Judging by the wooden beams, it’s not clear if at one point there was a roof, but it is certain that a green one is present here now. Two concrete stairs stood heavy, solemn, resembling two gateway keepers. We paid tribute and they granted us access to the upper level. On our way up we realize that the green vines were climbing on tensioned cables which were keeping the wooden beams form buckling under the canopy’s weight. Once at the top, waves of stairs dragged us out from the soaring heat and greeted us into the sheltering green vault. The rippling effect was maybe caused by the commotion that was in olden times below. Across the courtyard, the two statues seem as if they are tirelessly keeping the whole courtyard from collapsing. Between them spans a portal leading to nowhere. It was only late that we finally understood…